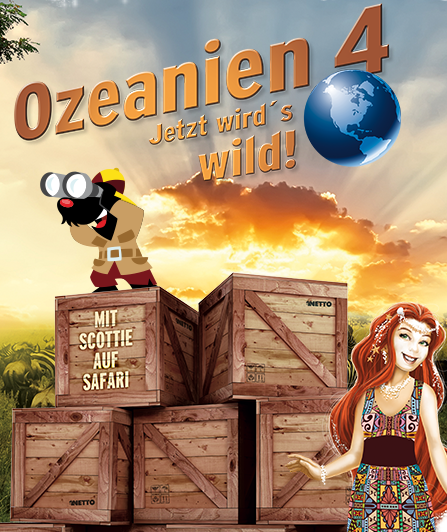 The Power of Play I: Netto’s supermarket promotional campaign

There’s two things that kids love just as much as chocolate and sugar; and that’s collecting things, and playing with things. These are two key ingredients at the heart of Netto’s “Scottie” promotional campaign. Following our collaboration with a global leader in the field of game manufacturing we’ve decided to write this three part blog, to show what we can achieve if we unleash the power of play to promote your brand.

Collectionism and play are two powerful forces in a child’s development. That’s why Danish supermarket giant, Netto, resorted to collectible playing cards to build customer loyalty. In 2014 they launched a promotional campaign in Germany, aimed at children involving around 108 collector cards and a 26 page collector’s album.

Centered around a character called Scottie, the theme of the cards was the marine environment. So the cards involved pictures and information on marine creatures in the eight marine regions of the world. The cards also had trump values on them. This would give kids a chance to play with their friends. In this way the whole community can be brought into the Netto campaign furore. 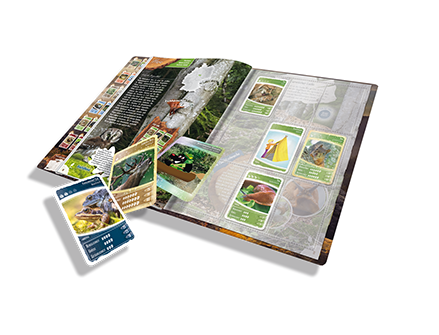 The campaign was so successful it won a Haptica Promotional Gift Award in 2015. And Netto was so pleased with the results that they kept on developing the campaign. In 2015 they ran “Oceans 2: We surface” (this one had nothing to do with George Clooney’s Oceans 11, 12 or 13). They continued in 2016 and 2017 with “Oceans 3”, and “Oceans 4” respectively. They are currently in their 5th edition with “Oceans 5” which you can check out on the Netto Oceans 5 website.

What is it that made Netto keep pushing with this campaign? Success of course. But success was not only measured in terms of the cards that were given out. Netto was able to measure the indirect impact that Scottie had on Netto’s sales figures. They did this by running the campaign over a specific period, isolating the campaign to specific stores, and using historic sales data.

For every 10€ spent in Netto stores, customers were given a ticket pack of four collectible cards in qualifying stores. In addition customers were given the chance to buy additional card packages for 0.50€ at cash registers. A system for exchanging doubles was also devised. In this way Netto gave young collectors the chance of completing their collection before the Scottie season expired!

This year the campaign ran from 23rd July to 15th September so if you haven’t yet got your “Oceans 5: Scottie comes home” collection you just missed out!!

The Netto Scottie campaign presents an effective model of how we can help you design your own promotional marketing campaign. This not only drives sales, but ultimately it can truly help build your brand. If you’re interested please speak to us and we will help you come up with great ideas that will lead to amazing products!

If you like our blog posts don’t forget to sign up to our newsletter and we will start sending them directly to your mailbox!

CMYMK is a full product branding service based in Malta.

Close Menu
We use cookies on our website to give you the most relevant experience by remembering your preferences and repeat visits. By clicking “Accept”, you consent to the use of necessary cookies. However, you may visit "Cookie Settings" to provide a controlled consent.
Cookie SettingsReject AllAccept
Manage consent

This website uses cookies to improve your experience while you navigate through the website. Out of these, the cookies that are categorized as necessary are stored on your browser as they are essential for the working of basic functionalities of the website. We also use third-party cookies that help us analyze and understand how you use this website. These cookies will be stored in your browser only with your consent. You also have the option to opt-out of these cookies. But opting out of some of these cookies may affect your browsing experience.
Necessary Always Enabled
Necessary cookies are absolutely essential for the website to function properly. These cookies ensure basic functionalities and security features of the website, anonymously.
Functional
Functional cookies help to perform certain functionalities like sharing the content of the website on social media platforms, collect feedbacks, and other third-party features.
Performance
Performance cookies are used to understand and analyze the key performance indexes of the website which helps in delivering a better user experience for the visitors.
Analytics
Analytical cookies are used to understand how visitors interact with the website. These cookies help provide information on metrics the number of visitors, bounce rate, traffic source, etc.
Advertisement
Advertisement cookies are used to provide visitors with relevant ads and marketing campaigns. These cookies track visitors across websites and collect information to provide customized ads.
Others
Other uncategorized cookies are those that are being analyzed and have not been classified into a category as yet.
SAVE & ACCEPT
Powered by